In "SEVKAZENERGO" JSC the long-term investment program for 2009-2015, directed on modernization of a power complex is developed. Its purpose is the increase park resource equipment, increase of the located and established electric and thermal power, safety measures improvement, decrease in emissions of polluting substances into environment, resource-and energy saving.

Realization of actions of the program on reconstruction and modernization in full will allow to increase reliability and quality of providing consumers electric and thermal energy. By 2015 the coefficient of reliability of work of the equipment on the Petropavlovsk CHPP-2 will make about 97%. Station rated capacity by 2015 will grow from 347 MWt to 435 MWt, allowed power is until 433 MWt. Thus the efficiency of rated capacity will increase by 2015 and will make about 80% with simultaneous increase in volume of electric power production.

According to "The investment program of reconstruction and modernization" on CHPP-2 since 2008 such projects directed on realization of nature protection actions, as construction of section No. 3 of an ash dump No. 2 for the purpose of providing a continuity of a production cycle of station and warehousing of cinderslag waste within the next 25 years, and also installation of emulsifiers of the second generation on copperagregate were begun. These actions allowed to bring extent of purification of combustion gases from harmful substances to 99,5% and to reduce the size of emissions of polluting substances in the atmosphere to 2000 tons.

The main actions within the Investment program till 2018:

The actions of "North-Kazakhstan Regional  Electric Distribution Company" JSC directed to decrease of excess losses, in particular – introduction of Automatic system of the commercial accounting of electric energy (ASCAE) is lead.

The company is engaged in ASCAE introduction since 2008. As on January 1, 2013 at the expense of means of the ASCAE investment program of the top level it is established on 235 points of the account.

In 2011 according to the ASCAE experiment project of the retail market it is established on TP-229 with coverage of 206 points of the accounting of physical and legal entities therefore there was a decrease in commercial losses on TP by 6 times, and useful leaving of electric energy to consumers increased on 16%. In 2010 and 2011 funds are allocated for the ASCAE installation of 151,2 million tenge, in 2012 about 147,3 million tenge.

For consumers of electric energy introduction of ASCAE gives the chance of money economy at the expense of increase of accuracy of the account and possibility to differentiate calculation for electric energy on day zones.  Besides, visit of consumers by controllers is reduced, the human factor is excluded from process of removal of control indications that excludes an incorrectness of charges for electric energy.

In 2013 of "NK REDC" JSC will continue introduction of ASCAE and within the Investment program 205 million tenge will be directed to implementation of the project.

Besides, within an European Bank of Reconstruction and Development (EBRD) loan on creation of ASCAE of the retail market of electric energy more than 500 million tenge will be used.  In the current year it is planned to capture 2 148 points of the accounting of consumers of Petropavlovsk city and Beskol aul.

It should be noted that JSC "NK REDC" with interest studies positive experience of introduction of ASCAE by other energy companies. So, in Taraz electric networks after ASCAE introduction in the area "the Karasy Massif " losses of the electric power decreased in a year from 33,87% to 9,47%, and also addresses of consumers on incorrect charge for electric energy were reduced.

Specialists of  "Petropavlovsk Heating Networks" LLP within the Investment program make reconstruction of the heat highways, parting networks, updating of isolation of pipes, introduction of the Automated System of the Commercial Accounting of Thermal Energy (ASCATE), and also automatization of the central thermal substations.

So, during the period from 2011 to 2015 the enterprise planned acquisition and installation to consumers of thermal energy of 1 700 knots of data transmission of ASCATE taking into account software completion.  During the period from 2011 to 2015 for the purpose of formation of a full picture about parameters of system of a heat supply on any site of the city it is planned to equip with flowmeters, pressure sensors, temperature sensors, humidity sensors, sensors of the alarm system of 40 control points of the city.  Besides, within implementation of the investment program it is planned:

The attention to increase reliability and profitability of thermal networks is paid, the events provided by the plan of capital investments on the program "Development, reconstruction and "Petropavlovsk Heating Networks" LLP modernization, directed on decrease in level of thermal losses at the expense of decrease in commercial and operational losses when transporting thermal energy are held.

In March, 2011 of "Central Asian Electrical Power Corporation" JSC, which structure includes "SEVKAZENERGO" JSC, attracted a loan from the European Bank of Reconstruction and Development for the sum of 40 million dollars for modernization of system of a heat supply in the cities of Pavlodar and Petropavlovsk therefore "Petropavlovsk Heating Networks" LLP, the "SEVKAZENERGO" JSC subsidiary, began implementation of the program on modernization of heating systems within an European Bank of Reconstruction and Development (EBRD) loan for the purpose of decrease in heatlosses.

Thus, carried out at the "SEVKAZENERGO" Company enterprises the Investment program is directed on updating of fixed assets of the equipment, increase in its reliability that already yeilds tangible results. 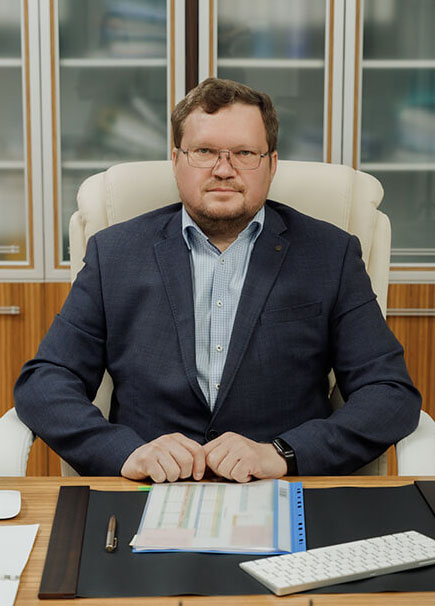